Quote:Yep, this is pretty fresh, yo! You Me At Six stepped up their game on their fourth album, and Fresh Start Fever was undoubtedly the record's highlight. If that chorus doesn't make you want to get up and have a little boogie, then no song ever will. You must be well boring.

19. Asking Alexandria - Moving On
Spoiler for Moving On

Quote:YES to that key change. Asking Alexandria basically went all Bon Jovi on our asses with their epic power ballad, Moving On, but we love Bon Jovi, ergo we love this. Also, how massive did this track sound on their headline tour in November? Absolutely colossal.

Quote:Does this song not just make you the happiest person ever? Ain't It Fun turned Paramore into the stars of funky pop this year, and it's a killer sound for 'em. "Don't go crying to your mama..." 'cause Paramore wrote one of the best songs of the year, and you didn't.

Quote:The fact that LostAlone are splitting up, after writing tracks like this, is just plain wrong. The Derby trio should be packing stadiums instead of calling it a day as a band, but at least they went out in the best way. We'll always have the music, and for that, we are forever grateful.

Quote:Technically speaking, We Are The In Crowd wrote the 16th Best Thing (That Actually Happened) with Weird Kids' lead single, but we enjoy being pedantic like that. Tay Jardine does slightly scare us when she threatens to "break your fucking jaw", but we still love her either way.

Quote:Most of the tracks on this list make a lot of noise, but Tim McIlrath speaks louder than anyone else with his acoustic guitar. Rise Against are known for their huuuuge punk rock anthems, but People Live Here leaves an impact because of it's heartfelt and powerful lyrics. Perfect.

Quote:Incredible video aside, frnkiero andthe cellabration's .weighted. is an absolute tune. "If we wait, it may be too late..." Frank warns at the start of the track... Thankfully for us, he didn't wait around at all, and made one of the most compelling and exciting returns of 2014. Phew.

Quote:
THAT CHORUS. Part-epic pop song, part-crushing hardcore jam, Beartooth's In Between is an absolute monster of a track. Get ready to unleash the biggest of "Woah-oah-oh-ohhhh-oh-oh"s when they drop it on the Kerrang! Tour 2015. Seriously, you're not ready.

Quote:
The subject matter might have caused a debate with Rivers writing this tune about the American War Of Independence, but either way, The British Are Coming is Weezer at their most magnificent. We didn't call their new record "Their best album since Pinkerton" for nothing, y'know.

Quote:
OMG! IT'S AN AC/DC SONG THAT SOUNDS TOTALLY DIFFERENT TO EVERYTHING ELSE THEY'VE EVER DONE! Only joking, this is classic AC/DC through and through. The Aussie heroes returned to form in 2014, and this riff hasn't left our head since we heard it. Great balls of fire!

Quote:
"I want to piss on the walls of your house, I want to chop those brass rings off your fat fucking fingers," snarls Laura Jane Grace. Yep, Black Me Out is by far the feistiest, most aggressive track on Transgender Dysphoria Blues. Put simply, it makes you feel like you can take on the world.

Quote:Ending Sonic Highways on a massive high, the Foos' final song on their eighth studio album is seven minutes of pure brilliance. Eight tracks recorded at eight studios in eight cities across America... And the result? THIS. Very well done, Dave Grohl.

Quote:We haven't heard too much from the Biff this year unfortunately, but the Scottish heroes did release a B-Sides album called Similarities, which had this slice of genius on it. It's definitely better than most other bands' A-Side tracks. Soz, other bands!

Quote:Errrr, guys, we definitely don't hate you. Not when you write songs this. Taken from the band's 5K-rated The Weird And Wonderful Marmozets, Why Do You Hate Me? is both weird and wonderful in equal measure. Dat groove, though.

Quote:Not only does Naysayer have the greatest "bleurgh" that Architects have ever unleashed, but it's also ferociously intense and melodic at the same time. Basically, Naysayer is just a brilliant heavy song, and it's taken from our 2014 Album Of The Year. So, yeah, it rules.

Quote:Can we re-name this list 'Songs That Made You Cry The Most In 2014' for a little bit? Because that's what Fake Your Death did to us. Cry. So very much. We miss My Chemical Romance a hell of a lot, but their parting gift is a wonderful thing.

4. Bring Me The Horizon - DrownSpoiler for Drown

Quote:
Drown has "We're-about-to-headline-Wembley-Arena-and-we-need-a-behemoth-of-a-song-to-play-there" written all over it. Indeed, Bring Me The Horizon dropped the tune towards the end of their incredible set at Wemberrrrrley, and it caused chaos. Complete and utter chaos.

Quote:Is this the biggest riff of 2014? Our ears inform us that it certainly is, yes. Royal Blood became one of the year's biggest sensations following the release of their self-titled debut, and, with tunes like this, you can see why. SO GOOD. How do two people manage to make this much noise?

Quote:
It was released as the 'Knot's first new song in six years, and it totally blew our minds at the time. It still does, in fact. A track about Corey Taylor's "inner turmoil" (not Joey Jordison, like most people thought), The Negative One is classic Slipknot, but with a definite 2014 take. We love it.

Quote:There were plenty of epic comebacks in 2014 (see: Slipknot, AC/DC, Weezer... You get the idea), but only Gerard Way could trump all of that, and pen a stunning 5K-rated debut solo album, Hesitant Alien. It had songs like this on it, so what more needs to be said? Ahhh, welcome back, G. 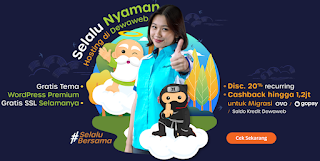 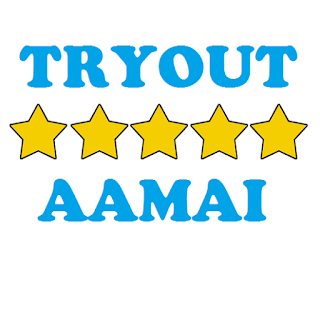 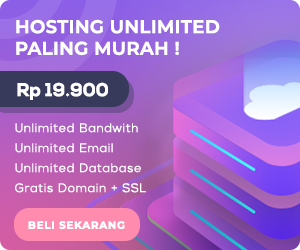